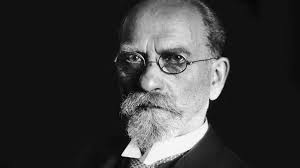 “This leads Husserl to define phenomenology as ‘the study of the structure of consciousness.’”

“Husserl suggested — naturally enough — that as man loses all the false ideas about himself and the world through scientific analysis, and as he comes to recognise that he himself is responsible for so much that he assumed to be ‘objective,’ he will come to recognise his true self, presiding over perception and all other acts of living. This idea seems common-sensible enough, and our intuitions about ourselves seem to support it.”

“Phenomenological analysis is an attempt to discover the conscious structure of any experiences – the recipe for recreating them, as it were. If drugs like lsd can help to provide the peak experiences, and phenomenological analysis can help to uncover their structure, the significance of the method may go far beyond its possibilities as a cure for alcoholism. Hadley Cantril points out that all human activity – and therefore creativity – is based upon assumptions, derived from previous experience, as to its success.”