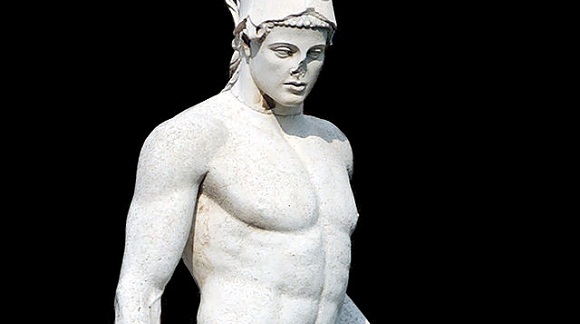 “It may be invaluable for diagnosing the anti-individualist tendency that is eating away the foundations of modem society, but it fails to emphasise that the first characteristic of the ‘inner-directed’ man should be a higher intellectual and moral perception. If this were not so, there would be no problem of the hero, and heroes would be two a penny.”

“One of the most important exceptions, and one not generally considered as a ‘character’ of fiction is Nietzsche’s Zarathustra. Nietzsche, who was in every way an inner-directed man, tried in Zarathustra to create the new hero. Zarathustra begins by turning his back on society and coming to grips with his own problems. We are told that he had passed through a period of utter pessimism and life-denial; he obviously feels the same as the Underground Man about the ‘old hero’, as his comments on the army and the State show clearly. What is most interesting about Zarathustra is Nietzsche’s realisation that the real hero must be a perfectly healthy man.”

“When a man begins to look outside himself for his freedom, he has already plunged into ‘inauthentic living’, and his thinking is unsound in its foundations. But there is another important way in which men surrender their freedom: in slavery to their own pasts.”

“But the final index to an author’s insight into ‘inner-direction’ is his ability to create an inner-directed man, the ‘hero’.”

“It is a gospel of complete inner-direction, that in spite of physical bondage, man is free and will always remain free. He may not know it, but his freedom is indestructible. When he knows it, as Meursault does in a sudden vision, he is happy as well as free, but it doesn’t really matter whether he is happy or not; he is always free.”

“It is no longer a mere figure of rhetoric to say that man’s freedom is being destroyed every day. In such a situation, it is hardly surprising that men are losing their sense of interior certainty and becoming more ‘other-directed’. Yet it is impossible for man to regain his power over his situation without turning away from the immediacy of his experience, and concentrating upon his intuitions of his own value.”

“Riesman makes it clear that he considers the spread of other-direction to be due to the switch of emphasis in American economic life from production to consumption. Sartre and Camus know that the roots of existentialism can be traced back for at least a century and a half. And yet all four are ultimately concerned with the loss of autonomy in modern man. “

The Artist’s Responsibility
Scroll to top