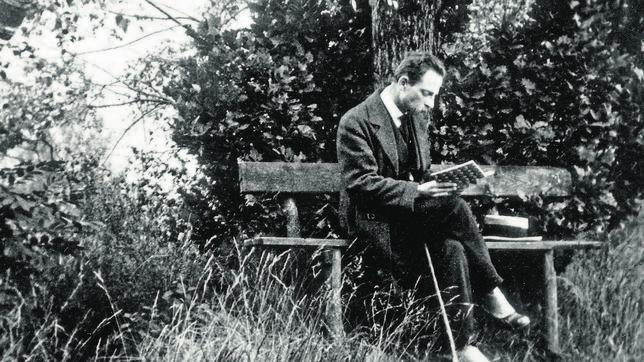 ‘The concept that now grips Rilke is in the idea of super-consciousness, and the actual using of his experience in a complete rebuilding of his being.’

‘When closely analysed, it becomes evident that Rilke’s final philosophy is a philosophy of the Will. All experiences can be used as the building bricks of a visionary consciousness if there is a conscious effort at assimilation.’

‘Not being supermen, our brains are not big enough to contain all the world at once: we have to select what is to be remembered; and we remember only those experiences that we allow to penetrate our indifference. Rilke’s Elegies are a plea for an effort of will to assimilate more; a plea for less indifference.’

‘The problem that is still left open is simply the question of how a poet like Rilke is to use the ‘wisdom’ of the poetry to direct his own life. It is the moral question that becomes an existentialist question only by the depth of the attempt to answer it: What shall we do with our lives? The Outsider’s standards are unusually high. For him, ‘success’ and ‘failure’ have a completely new meaning. Ordinary ‘success’ seems particularly poisonous to him: the success of a film star or businessman or the author of a best seller. That is only a way of wading out into the world’s stupidity and losing the possibility of vision.’

The Hero in Literature
Scroll to top